The development of biomethane production is the result of political will and reliable, long-lasting financial support mechanisms and investment subsidies, as biomethane cannot compete with natural gas in today’s market conditions. Many European countries have already established mechanisms to support biomethane. 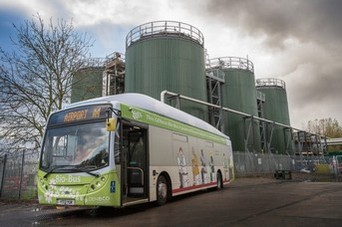 Use of biomethane for public transport in Sweden

Germany and Sweden were the pioneers in this area. Germany actively used, from 2000 to 2014, a green tariff for electricity from biogas, additional bonuses for enriching biogas to the quality of natural gas and the use of energy crops (corn silage). From the very beginning, Sweden encouraged the use of biomethane as a motor fuel and exempt use of biomethane from carbon and energy taxes.

In recent years, biomethane production has been actively developing in France, Italy, Denmark, the United Kingdom and the Netherlands.

National support schemes include measures such as Feed-in-Tariffs (FIT) for produced biomethane or produced electricity from biomethane, investment support, quota systems or tax incentives (Table 1). In addition to financial support, there are incentives in licensing and legal aspects to reduce project risks. 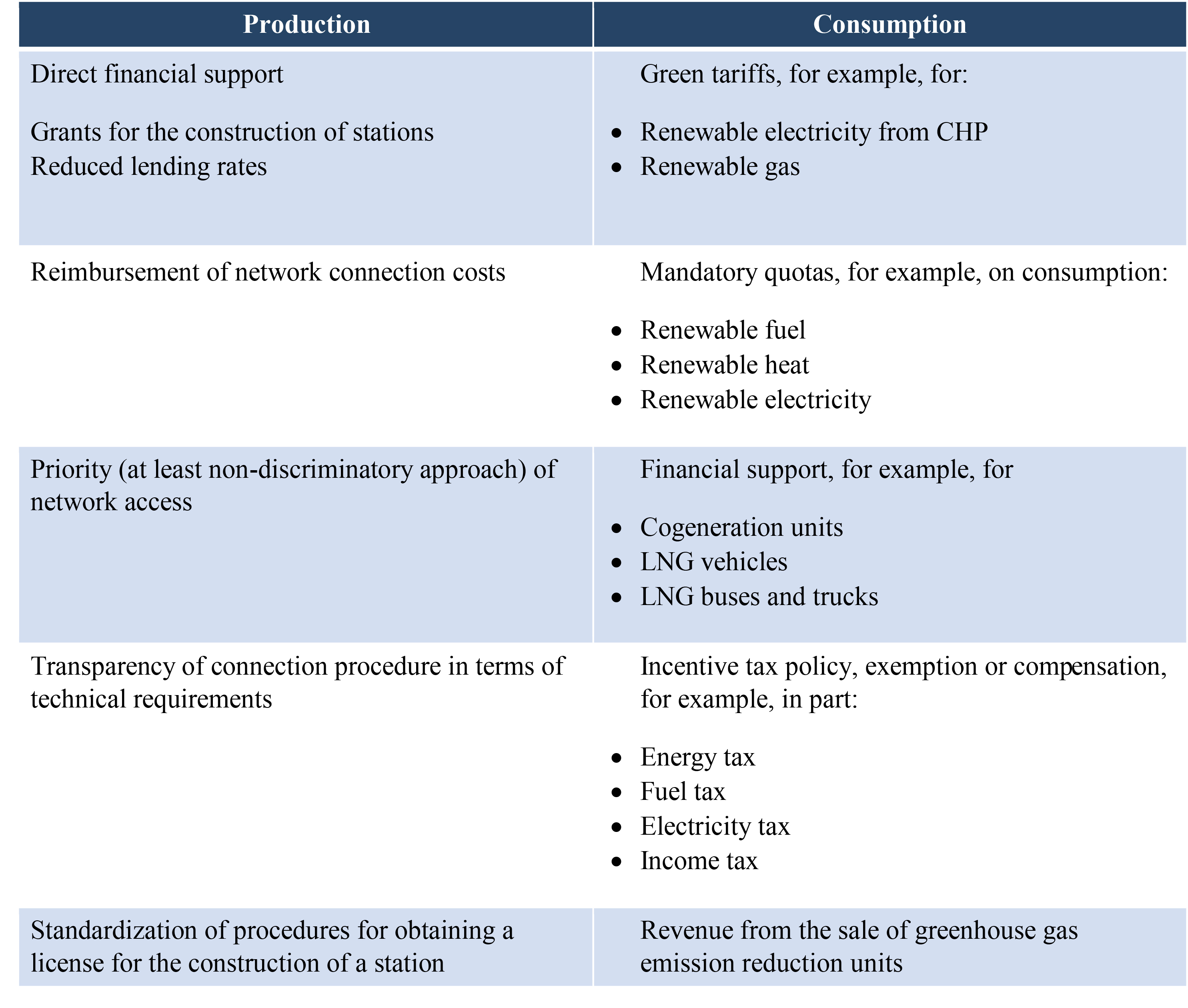 From a commercial point of view, the European biomethane support system can be divided into three main areas of application:

2. Support systems for the transport sector

3. Voluntary market – requirements for the use of renewable gas by end consumers.

FIT is the most popular tool for increasing biomethane production, with at least 18 countries in Europe.

Different support systems use different approaches: FIT for biomethane or biomethane electricity, market price bonuses, and more. Each country has its own national support system, for example, in Germany until 2014 worked the Renewable Energy Law (EEG) which dramatically increased market size. Examples of some countries electricity and biomethane tariffs are given in Table 2. 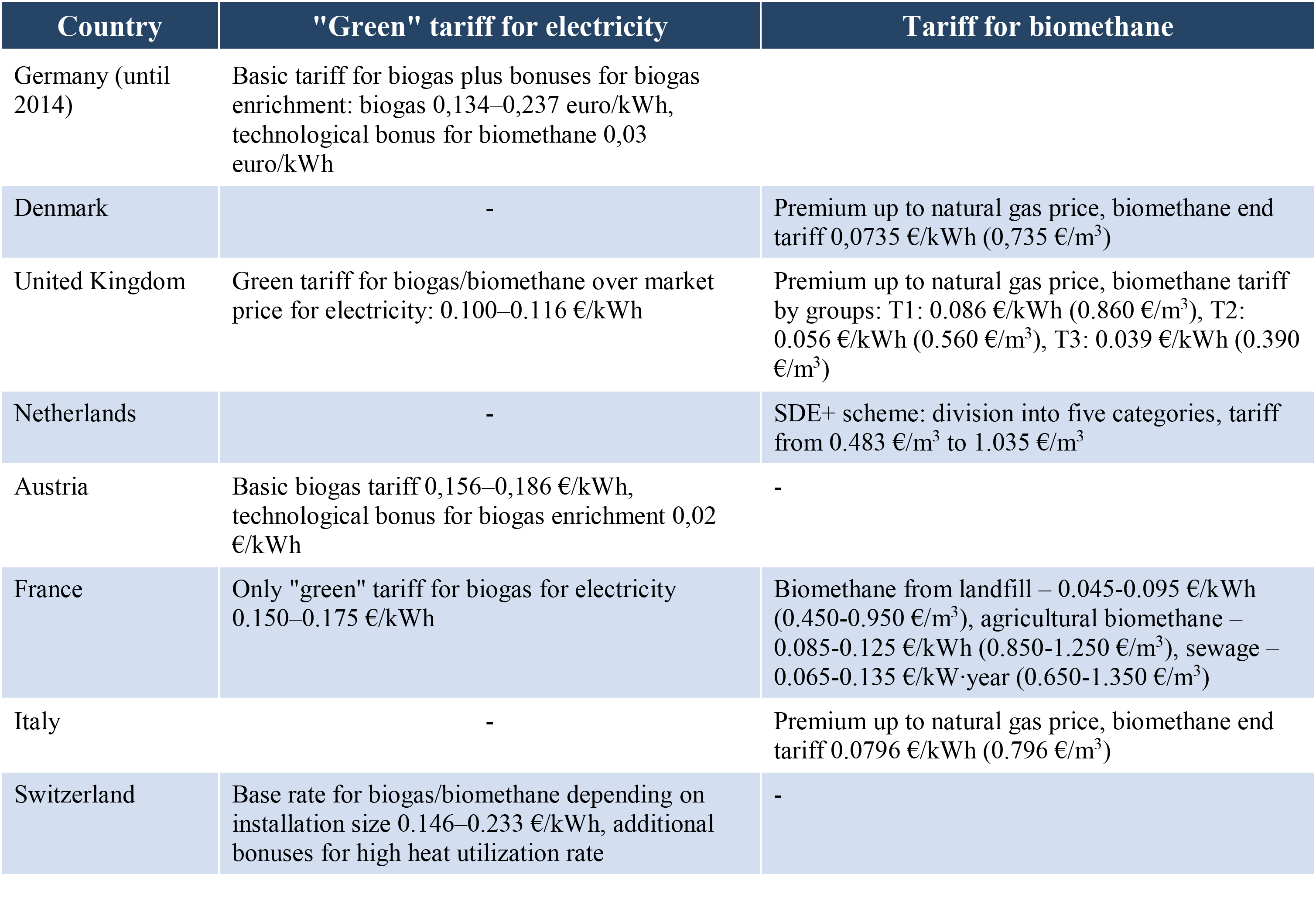 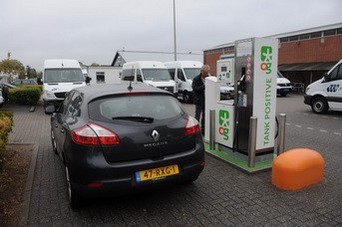 Switzerland, Austria and Sweden grant exemptions from the tax on natural gas if biomethane is used. The UK and the Netherlands use quotas based on the energy value of the fuel. Germany is the only country that has a system in place to control the reduction of GHG emissions from biomethane motor fuels.

The new Decree of the Ministry of Italy on the promotion of biomethane and modern (advance) biofuels for transport for the period 2018-2022 (the Decree on biomethane) aims to promote BM and modern biofuels to increase the share of renewable fuels in the transport sector (9% of biofuels by 2022). The decree establishes a support scheme for biomethane that is fed into the network for use in the transportation industry. For the period from 2018 to 2022, it allocates 4.7 billion Euros and covers a maximum amount of 1.1 billion m³/year of BM production. This scheme is funded by motor fuel suppliers under their commitment to share biofuels (9% of biofuels by 2022, including 1.39% of biomethane and 0.46% of other modern biofuels). Thus, BM accounts for 75% of the structure of modern biofuels.

Voluntary sales of biomethane certificates have been increasing across Europe since 2016. The most significant volumes are traded in the voluntary market dena-Registry (Germany, Switzerland, Denmark, Sweden, Hungary). Another example is the Vertogas trade between the Netherlands and the Scandinavian countries.

In Ukraine, there are prerequisites for developing any of the above approaches. The country has introduced a system of green tariffs for electricity from renewable energy sources, has the infrastructure to use natural gas as a motor fuel, there is an urgent need to replace imported natural gas and regulate the electricity market due to the rapid growth of solar and wind power.

Therefore, it is potentially possible to develop mechanisms to stimulate the production and consumption of biomethane, taking into account the following options:

Not all of the above measures are equally accessible to Ukraine’s weak economy. However, government support for BM development requires the implementation of national targets and commitments for the share of renewable energy, especially for the transport sector, CO2 reductions, etc.

This can be done by applying the principles of the REDII Directive, in particular:

The national energy strategy should include the development of BM and specific targets for the share of renewable fuels in the transport sector (eg 5-10% by 2030) and the number of CNG/CBM filling stations.