The potential of biomethane production in Ukraine

The raw material for the production of biogas can be virtually any material containing a significant proportion of organic matter, which can be decomposed by biochemical methods, and which do not contain substances that inhibit the vital activity of bacteria. Thus, the list of waste, by-products and raw materials suitable for biogas production is calculated by hundreds of individual species, which include by-products of livestock, plant growing, food industry, as well as specially cultivated plant crops.

For Ukraine, taking into account technological feasibility, availability and volumes, the most probable may be the use of pig manure, cattle manure, poultry litter, residues of agricultural enterprises, sugar beet pulp, vegetable residues of main crops, and also specially grown corn on silage.

In order to estimate the volumes of the production of by-products, data from the State Statistics Service on the available total number of animals at agricultural enterprises as of March 2019, the harvest of the main crops in 2018, has been used. In assessing the potential of biomethane production, the technical availability of collection, the share of technically available biomass that can be selected for biogas production, dry matter and ash content, as well as literary data on the specific methane released per unit mass of organic matter for different types of by-products are taken into account.

It is estimated that the share of biomass residues (straw, corn stalks, sunflower), which can be selected for the production of biogas, is 30-40% of the technically available mass. In this case, the fermented mass from the residues is returned to the fields, which balances the need for nutrients.

In assessing the potential of using corn on silage, it is assumed that the total weight of maize silage will be proportional to the total mass of manure and litter produced in the ratio of 1.5: 1, respectively. The estimation of the necessary areas of land for cultivation of corn on silage takes into account the data of statistical reporting on its yield in recent years in the context of regions of Ukraine.

The total estimated methane production potential of the considered types of by-products and corn silage is 7.8 billion m³ of CH4 per year, as of 2018, which is almost 40% of the natural gas production in Ukraine or almost 25% of the total GHG consumption for 2018.

To grow 26 million tons corn for silage 1.15 million arable lands is needed. The average yield of corn for silage in Ukraine for the period of 2012-2016 was 21.8 t/ha, range – from 6.4 t/ha in the Transcarpathian region to 34.0 t/ha in the Sumy region. In terms of regions, the share of arable land under corn silage cultivation to the total area used for the growing of main crops is estimated from 2 to 25%, and in the whole country is 6% (Fig. 2).

Fig. 2 – Needed land for growing corn on silage and area of arable land under main crops in regions of Ukraine, thousand ha

Among the plant residues, the greatest contribution to the potential of biogas production is made by wheat straw (36.4%) and corn stalks (34.6%). There is a tendency to increase the overall potential of plant residues in Ukraine due to higher crop yields.

The absolute leader in the potential of biogas production is the Vinnytsia region (10% of the total potential). Kyiv, Cherkasy and Poltava regions together provide almost 25% of the potential (Fig. 3). The smallest potential is concentrated in Transcarpathian, Chernivtsi, Rivne and Ivano-Frankivsk regions. 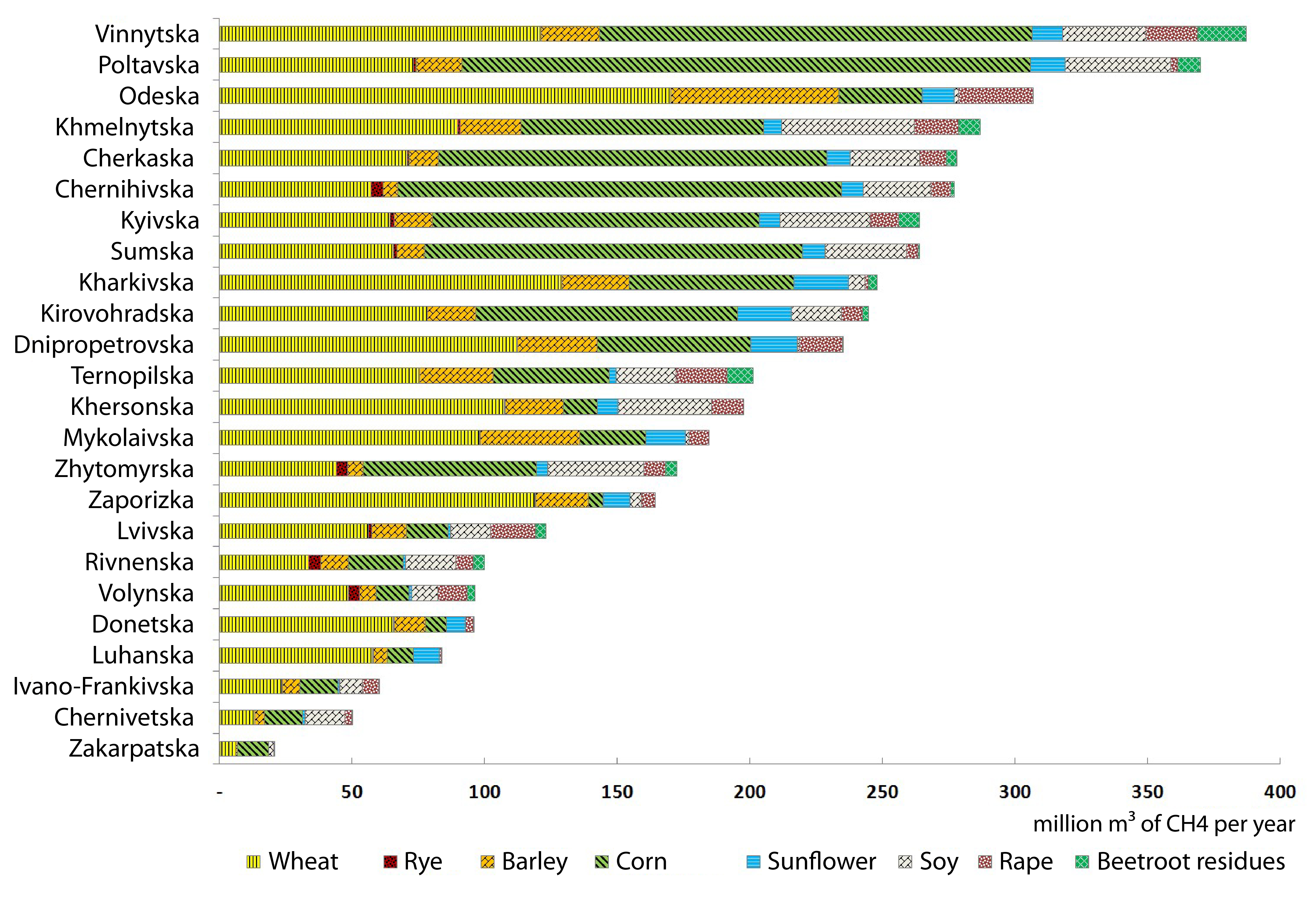 Fig. 3 – Structure of  biogas production potential in Ukraine in 2018 by regions, million nm³CH4/year

Vinnytsia and Poltava oblasts have most of the residues. Transcarpathian, Chernivtsi, and Ivano-Frankivsk regions have the least residues (Fig. 4).

Fig. 4 – Structure of  biogas production potential from residues in Ukraine in 2018 by regions, million nm³CH4/year