Methane agricultural machinery is also on the market, such as New Holland and Massey Ferguson tractors. The interest in using CNG as a motor fuel is due to a number of operational and economic benefits, which are detailed in the UkrAvtoGas publication. The use of compressed or liquefied biomethane in several EU countries also has economic, environmental and even reputational prerequisites. And can compressed biomethane compete with motor fuels from fossil sources in Ukraine?

Comparing CNG prices in different countries in Europe, we can see that the price in Ukraine is one of the lowest in the world, is in the lower price range (Fig. 1) and is currently 5.37 cents/kWh (0.51 €/m²). The highest price in Sweden is 13.78 euro cents/kWh (1.31 €/m³), ​​one of the leaders in the use of compressed biomethane in transport. It should be noted that the production and consumption of biomethane for transport in different European countries, where this is the case, is necessarily stimulated by different financial mechanisms. The increased price of fossil fuels, generated by additional environmental taxes and excise taxes on fossil fuels, is in fact the basic economic precondition for the development of the biomethane market. This, together with various kinds of additional direct and indirect financial bonuses, allows giving the necessary impetus to the development of the biomethane market in a given direction, which in turn enables the governments of the countries to realize their own strategic plans in the energy sphere. 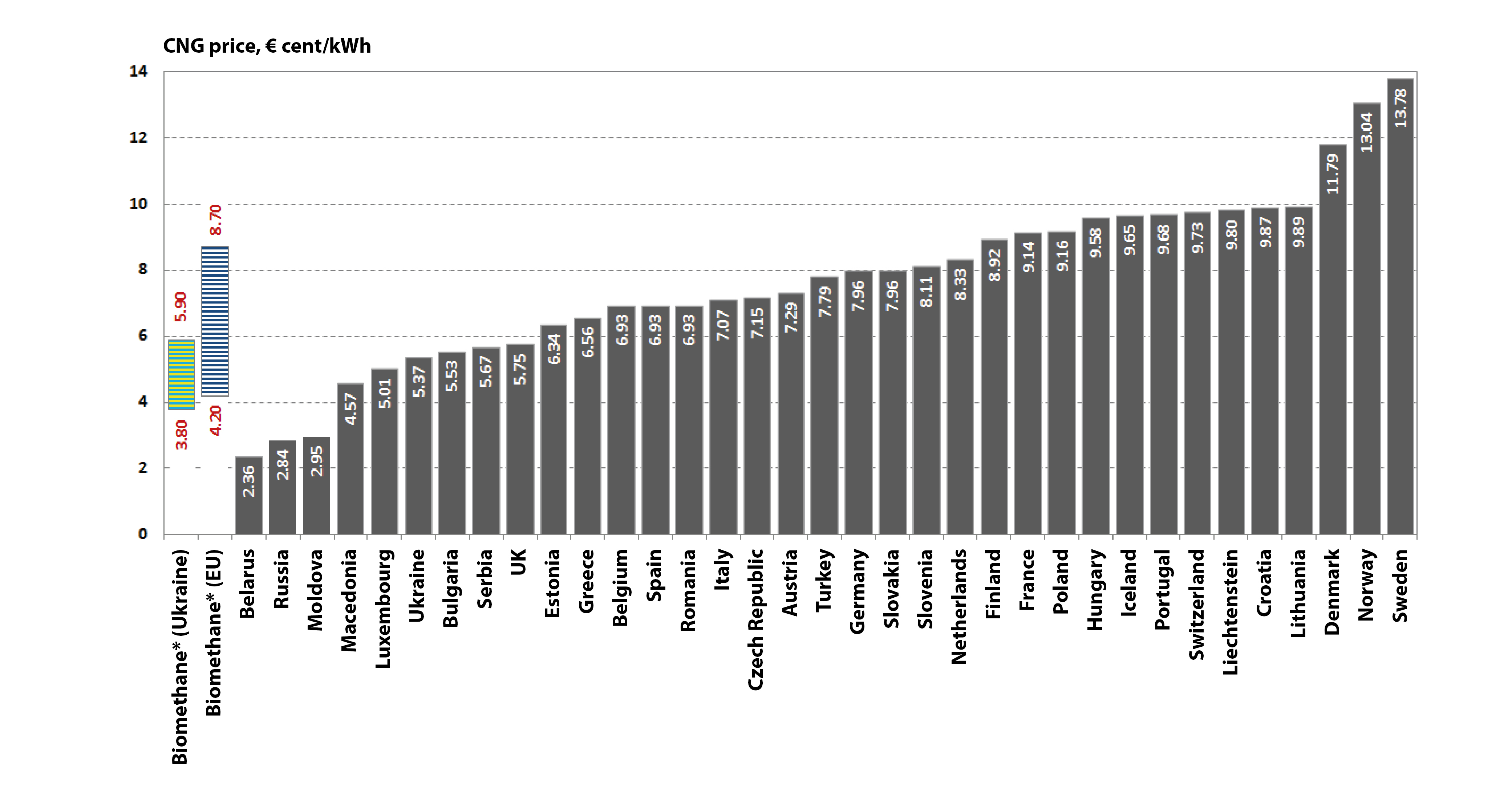 Fig. 1 – Price for compressed natural gas in European countries (based on data [1]  CNG Europe) compared to the CNG cost from biomethane

* – total CNG cost from biomethane, estimated by UABio for a biomethane plant with a capacity of 2330 nm³/h; ** – cost of biomethane according to the European Biogas Association [2]

When comparing the cost of production of compressed biomethane with the cost of liquid fuels – gasoline and diesel, the competitiveness of biomethane is obvious. Thus, at the economically reasonable price of biomethane as a motor fuel at 6… 8 euro cents/kWh, the equivalent price for diesel and gasoline (A-95) in Ukraine today is 9.32 and 1.07 euro cents/kW∙h, respectively.

However, when choosing between biomethane and natural gas, the owner of a car in Ukraine is more likely to prefer the latter, since there is already a network of gas stations on natural gas, the price of which is significantly lower than the economically justified selling price of compressed biomethane. However, there are no additional benefits or incentives for biomethane refueling at this time.

There is an obvious need to develop and implement in Ukraine mechanisms of financial and other support for the production and consumption of biomethane as motor fuel. It is worth using the experience of countries where biomethane is being actively developed in transport (Sweden, Finland, Italy, Switzerland).

The existing National Renewable Energy Action Plan for 2020 and the Energy Strategy of Ukraine until 2035 do not include any mention of biomethane as such and on transport in particular. As a renewable kind of motor fuel, the consumption of bioethanol and biodiesel has been actively lobbied in recent years in Ukraine but without focusing on biomethane as a motor fuel.

State support for BM development requires the introduction of state targets and commitments for the share of biomethane use in the transport sector. The national energy strategy should include BM development goals (for example, 5-10% by 2030) and determine the number of biomethane gas stations.

Under this approach, government regulations can introduce a support scheme for BMs that are fed into gas networks for future use in the transportation sector. The scheme may be financed by fuel suppliers as part of the biomethane/renewable fuel commitment.

The scheme can work using renewable fuel production/consumption certificates. The implementation of the scheme requires the development of specifications and state standards for biomethane, which is used as motor fuel.

The introduction of mechanisms that encourage the production and consumption of biomethane also requires the development and implementation of a national biomethane registry.

[1] Natural gas density 0.7 kg/nm³ and a lower calorific value of 9.5 kWh/nm³ are taken into account