The number of biogas plants in Europe continued to grow at a steady pace over the course of 2018 to reach 18,202 units by the end of the year. This represented a 2% increase relative to 2017, with 419 additional biogas installations. 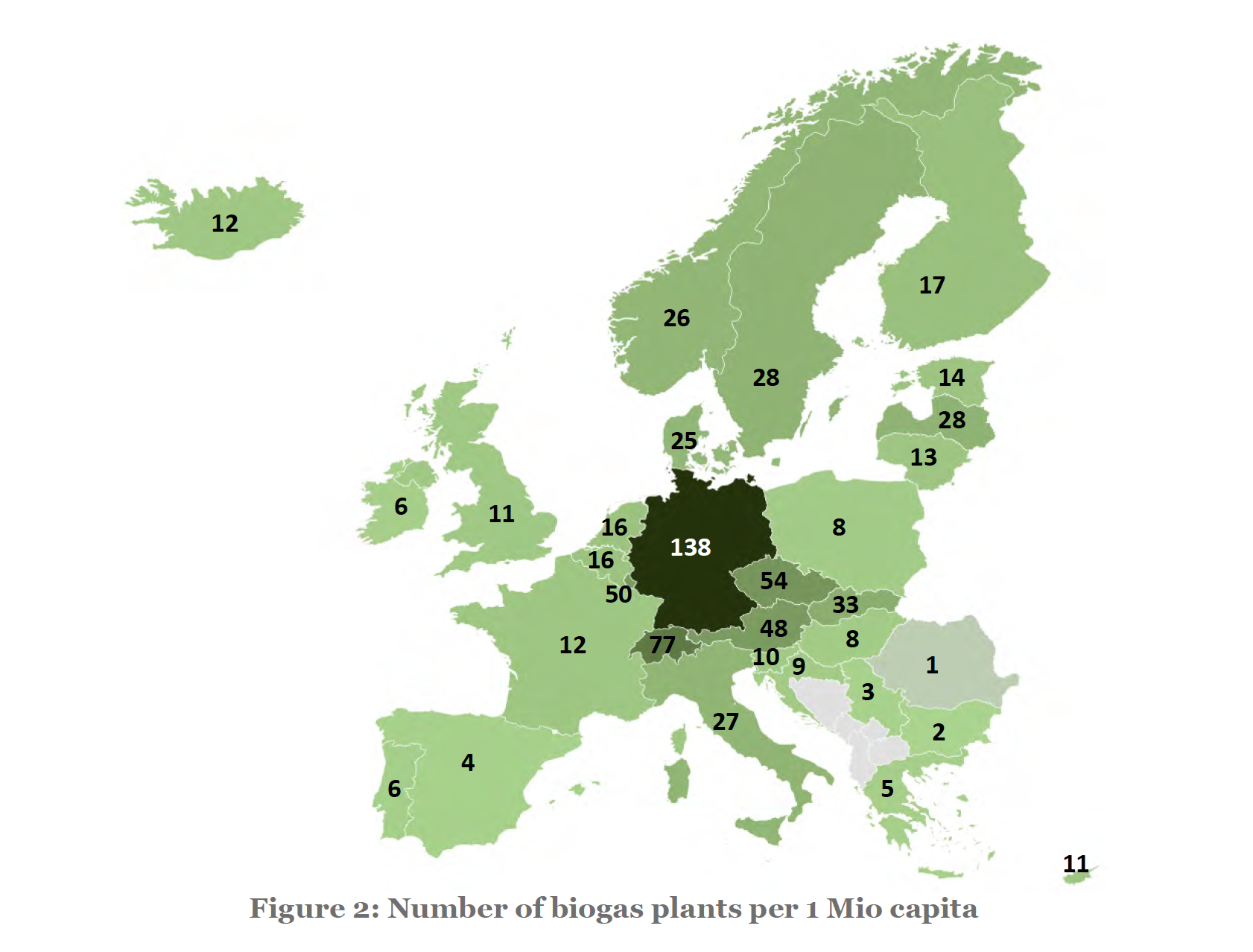 In line with the previous year’s growth, the total Installed Electric Capacity (IEC) from biogas plants in Europe increased by 5% in 2018, reaching 11,082 MW.

As shown in Figure 6, IEC from agricultural biogas plants (which includes the processing of agricultural substrates, animal manure, energy and catch crops increased by 558 MW in 2018, making up most of the overall gain in capacity. 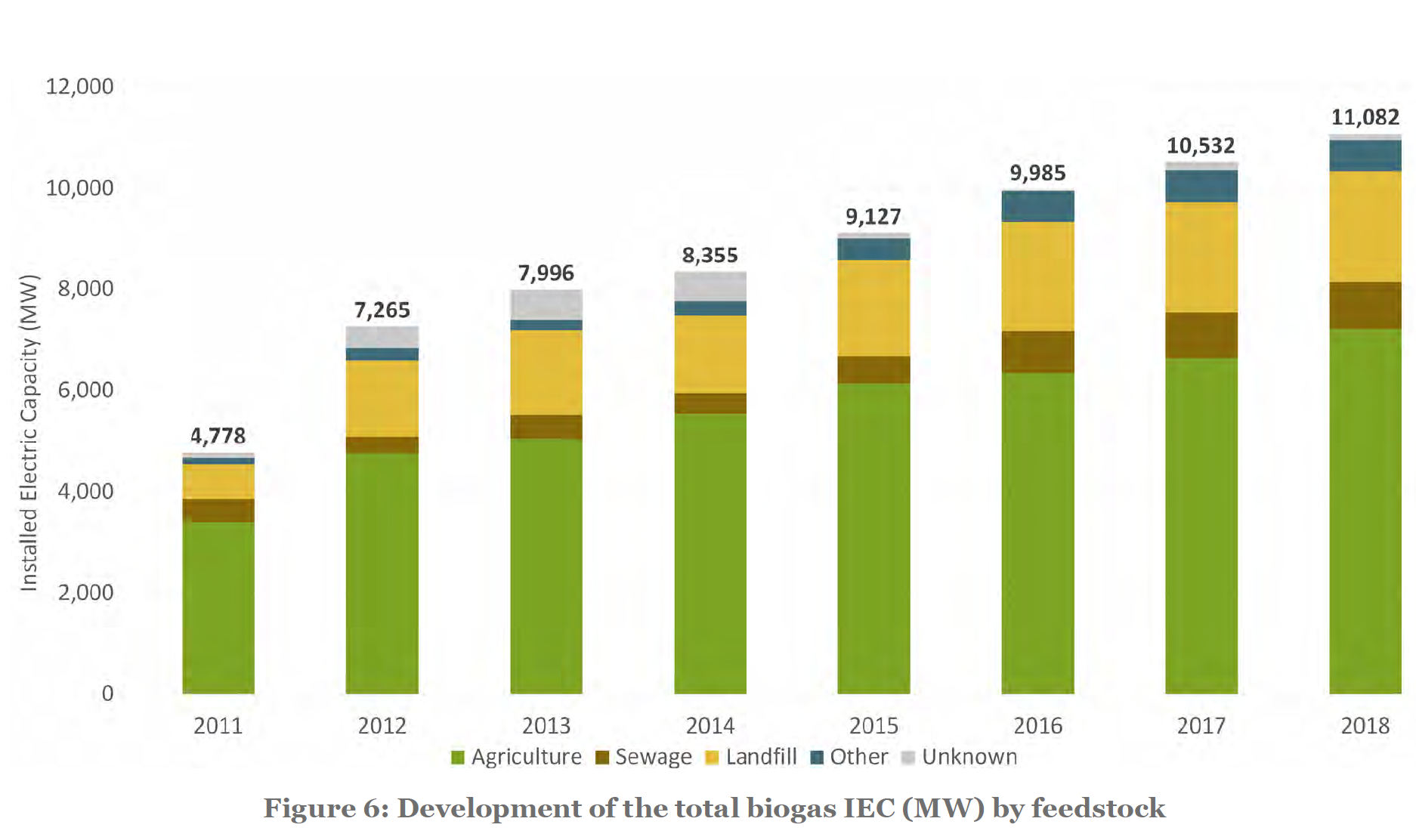 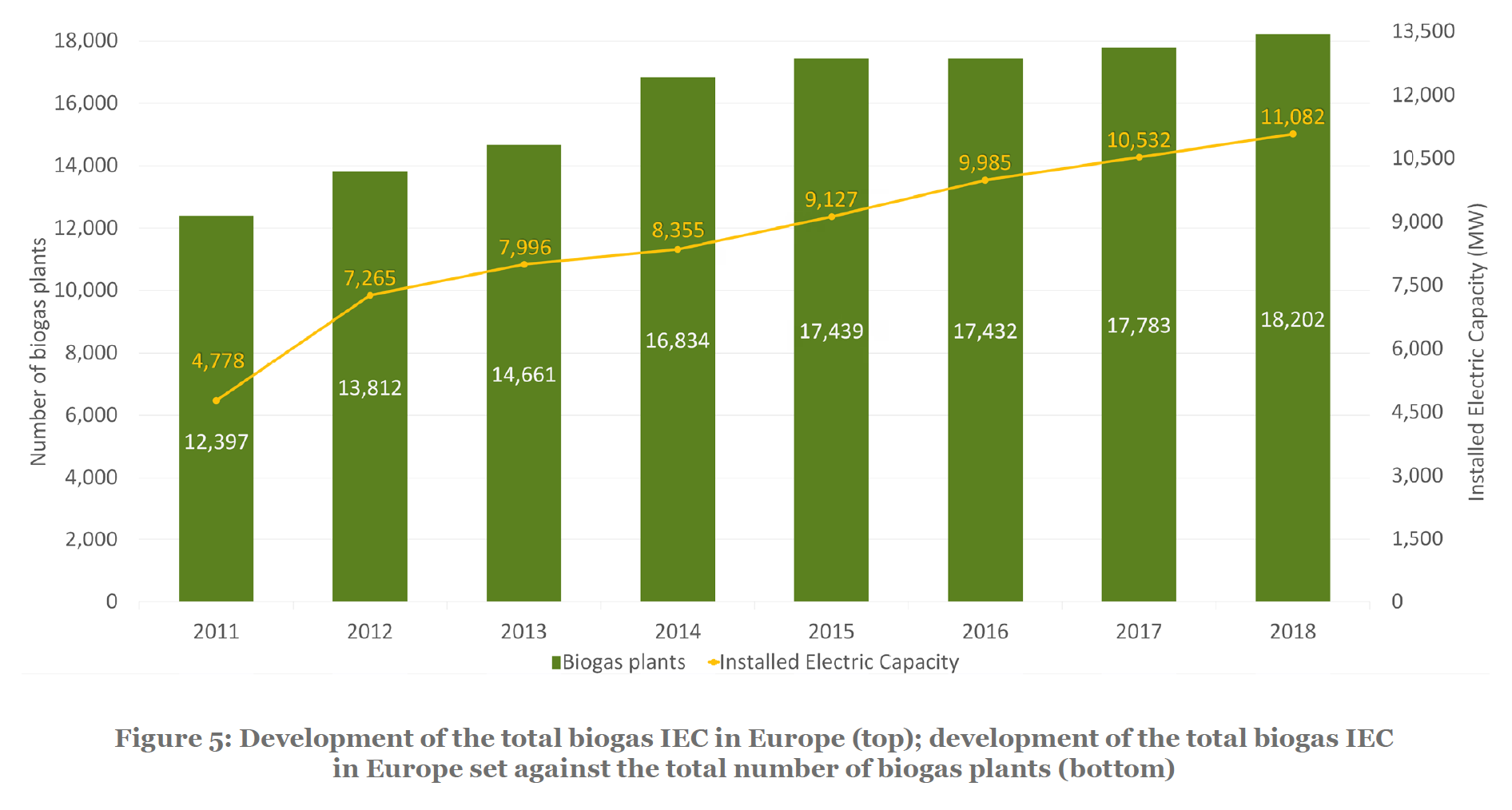 Agricultural feedstocks (comprising livestock manure, farm residues, plant residues and energy crops) are the driving force of the European biogas market. They represent roughly 65 to 70% of the market share. 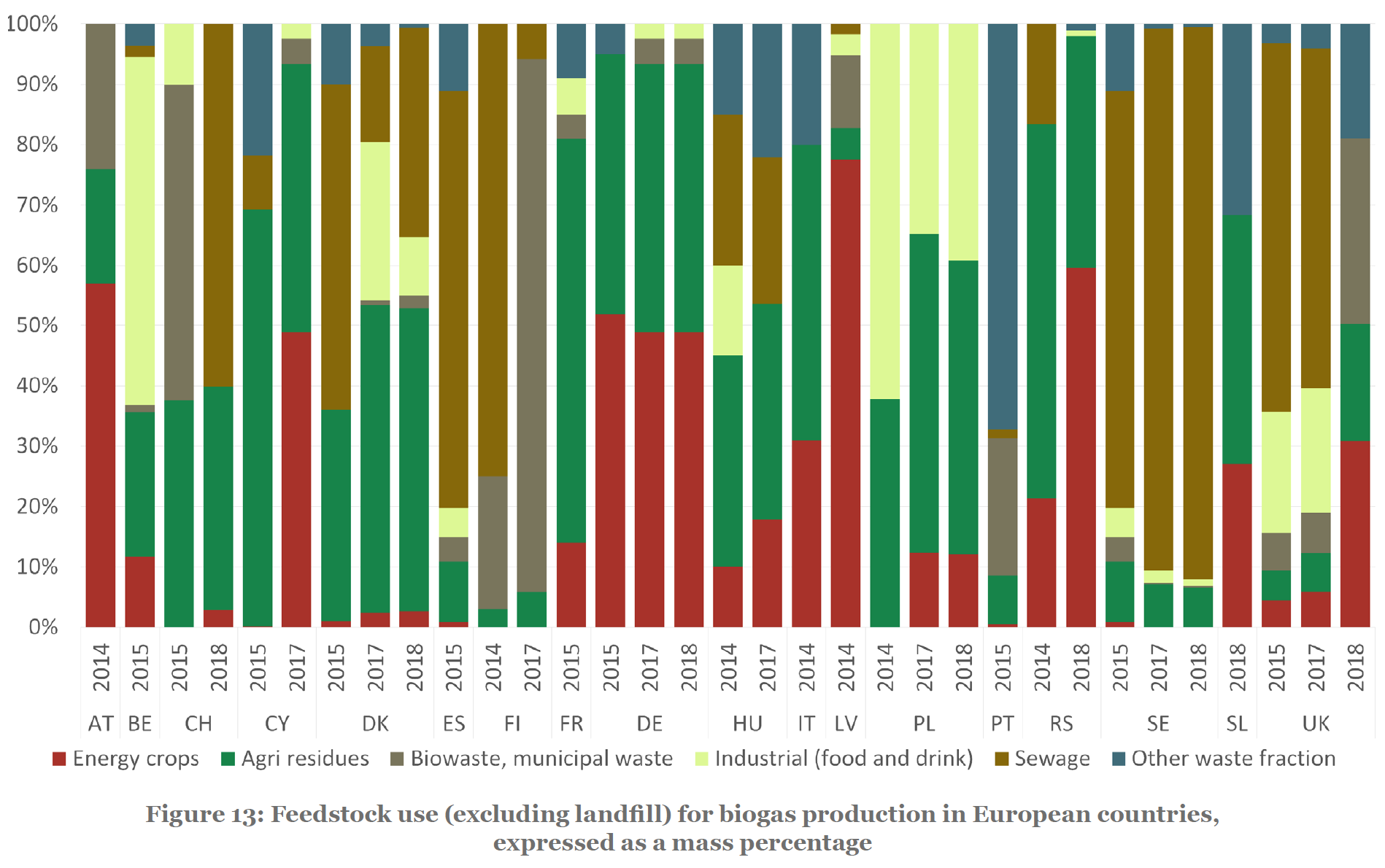 In most countries there is one dominant feedstock type for biogas production, although which feedstock type this is, varies from country to country. For instance, in Germany, Austria, Latvia, Hungary and Italy, energy crops and agricultural residues make up more than 70% of the feedstocks used. In Belgium, Denmark and Poland, a sizeable share of industrial organic wastes from the food and drink industry goes toward the production of biogas and electricity from biogas. Sewage at wastewater treatment plants is the predominant feedstock for biogas production in Sweden.