Statistical report of Bioenergy Europe on Biomass Supply gives an overview on biomass potential in EU28 from such sources like agricultural land and by-products, forestry and waste.

Biomass is a renewable energy source, as it presents any organic matter from plants or animals. Biomass for energy can be in solid, liquid or gaseous form including or not fuel processing steps. Various sources of biomass are the following:

Existing studies have calculated the domestically available potential for biomass for energy to be between 169 and 737 Mtoe each year in Europe from 2050 onwards (see figure 1). A literature review concludes that the middle range potential of 406 Mtoe, which is around 24% of the total energy consumption in EU -28 in 2017, can be achieved by 2050 – considering different constraints (e.g. costs). This means that, compared to the actual 144 Mtoe used in 2017, the potential gives enough room to almost triple the amount of bioenergy in the EU-28 energy mix. 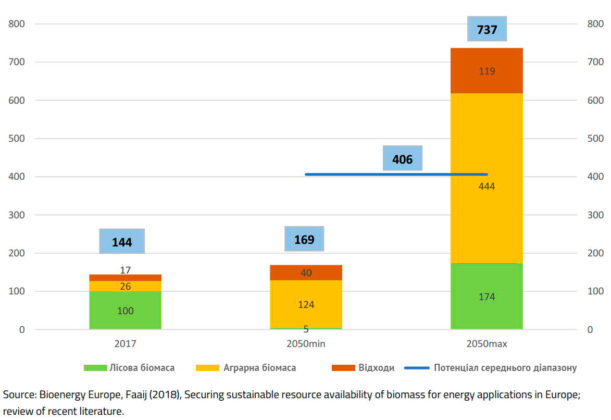 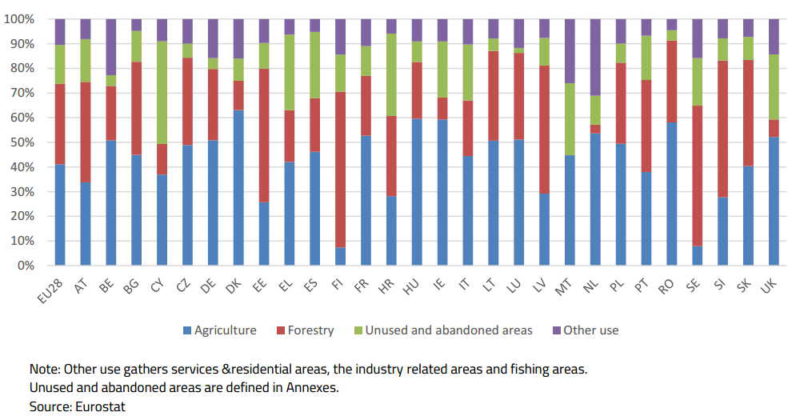 Definition of Unused and Abandoned areas from the Report:

Unused areas. This class includes areas which are in natural / semi-natural state and no signs of any use are visible.

Abandoned areas. This class consists of abandoned areas with signs or structures of previous use of any kind. Areas belonging to the abandoned class are not in use and can’t anymore be used for the original purpose without major reparation/renovation work.

Reference: In Ukraine, the potential of abandoned agricultural land, which can potentially be used for growing energy crops, is about 3.5 million ha, according to assessments of experts of the Bioenergy Association of Ukraine.