Bioenergy development in the EU 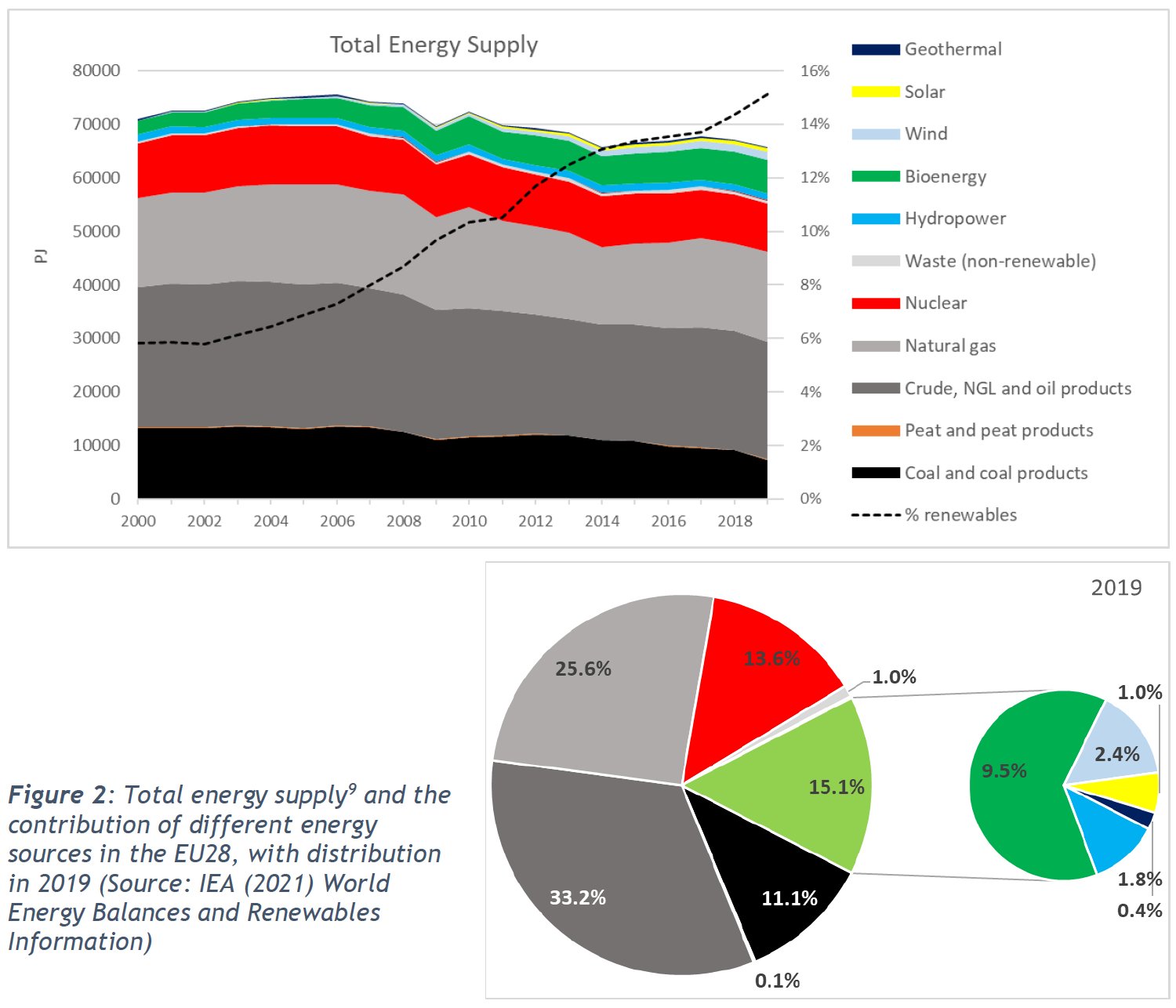 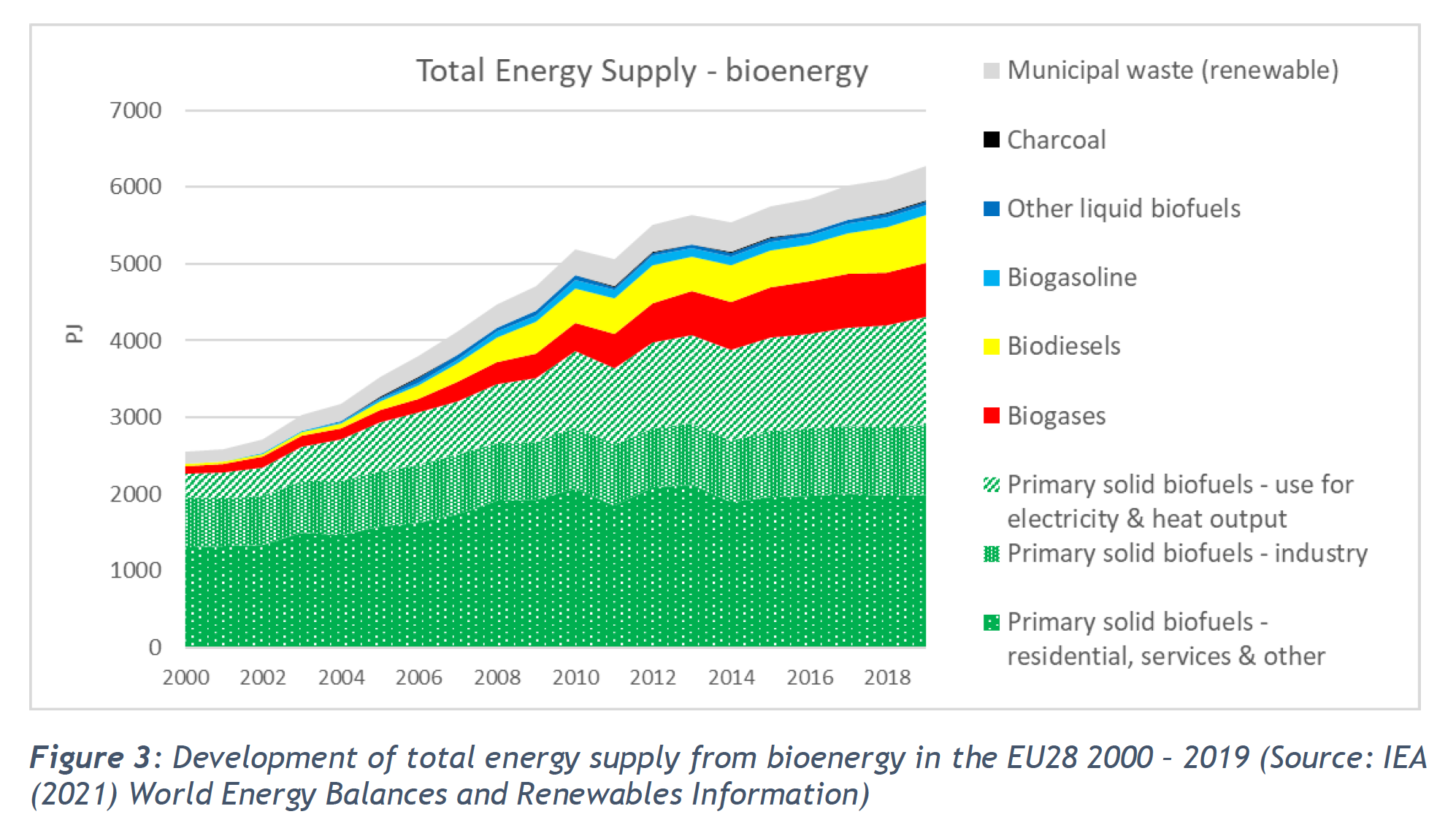 The diagram of the development of total energy supply from bioenergy in the EU from 2000 to 2019 shows the following trends:

The overall 2019 share of renewables in final energy consumption among electricity, transportation and heat sectors is 19%, with bioenergy making up 11% of the energy share (Table). 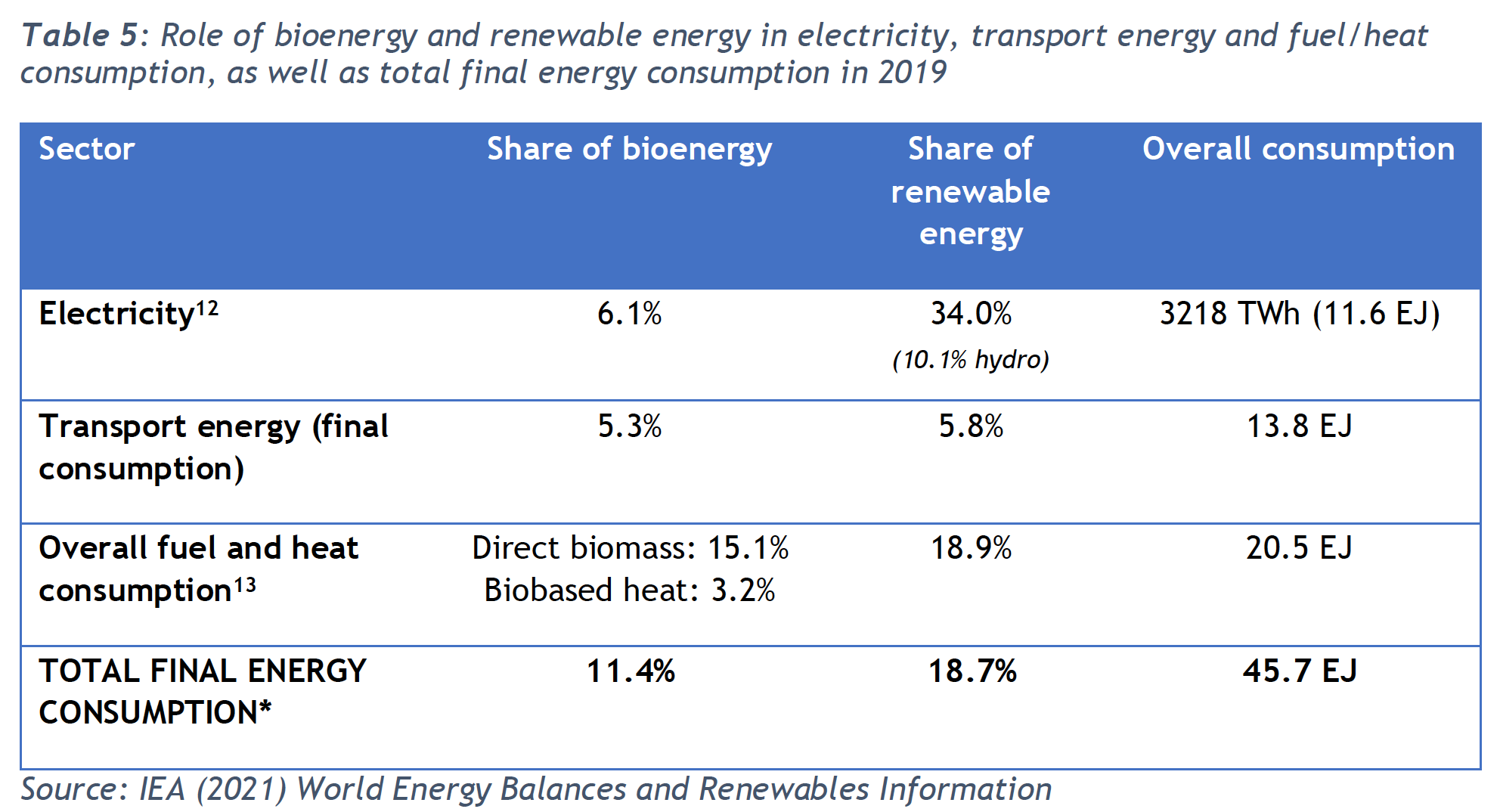 Overall final energy consumption in the EU28 (also including non-energy use of oil, natural gas, and coal in the industry) equates 2.55 tonnes of oil equivalent (toe) per capita. The following paragraphs will consider the evolutions in the different sectors.

The direct use of biomass for heat represents 15% (3.1 EJ) in 2019 and is the main type of renewable in this sector. Heat output generated and sold by CHP plants and heat plants (e.g. through district heating) represents around 12% of fuel/heat provided in the EU28. Overall levels of heat sales are fairly stable. Heat output is still for more than 60% fossil based, with a dominant role for natural gas, but also an important role for coal. The use of biomass for heat production increased over the years and now represents 27% of heat output.

In the early 2000s, there was already some consumption of biodiesel, particularly in Germany and France. Between 2004 and 2010 there was a strong increase of biofuels up to a combined level of 4% (by energy) of transport energy. However, these levels stalled up to 2016, likely in relation to uncertainties regarding iLUC restrictions. In recent years (after the publication of the iLUC Directive) growth has resumed again. On average biodiesel (FAME and HVO together) represented 6.4% by the energy of diesel consumption in 2019. Bioethanol on average represented 3.7% by the energy of gasoline consumption.

About 30% of biofuels consumed in the EU28 in 2019 are qualified as ‘advanced biofuels’, meaning that they are produced from residues and waste (particularly used oils for biodiesel). These can be double-counted towards the 10% renewable energy in transport target at the EU level.

Source: According to the report of  IEA Bioenergy Technology Collaboration Programme (TCP) (Implementation of bioenergy in the European Union – 2021 update)