The main trends in the development of biomethane in the EU

Almost all biomethane in the EU is produced by using anaerobic digestion technology. The average capacity of biomethane plants is constantly growing (by about 4% between 2017 and 2018). Membrane cleaning technology is increasingly used – now it is the most common technology with a market share of about 34% (in 2019). Other biomethane production methods, such as thermal and hydrothermal gasification, have high potential but are still in the early commercial stage and in the industrial demonstration stage, respectively.

The EU plans provide increasing of biomethane production to 300-370 TWh in 2030. It is planned that this increase will be achieved through further development and implementation of gasification and anaerobic fermentation technologies, new raw material processing technologies, increase in capacity and number of plants, and further reduction of production costs. The key trends in biogas and biomethane production in the EU are shown in the diagram. 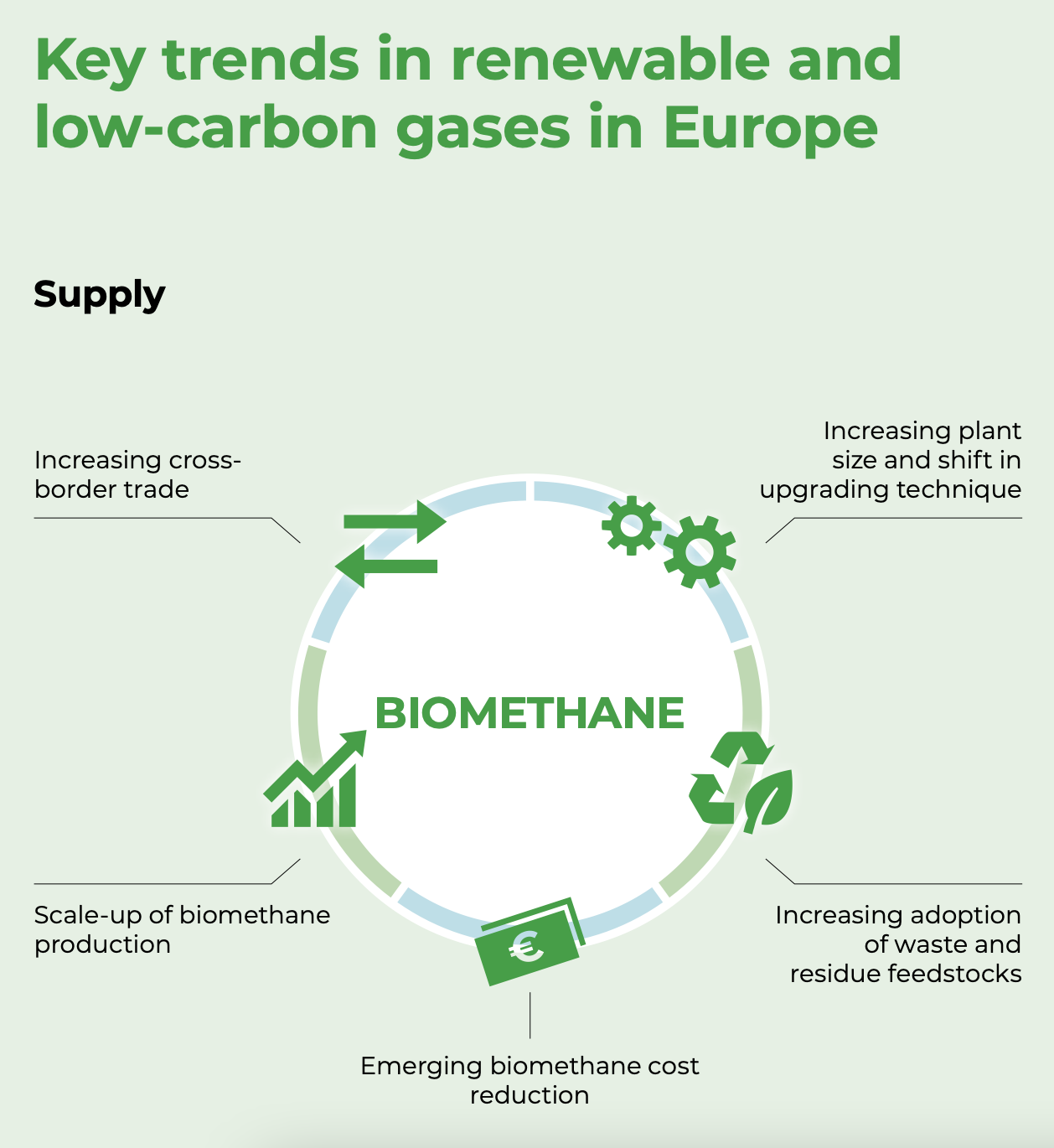 Tendency to cross-border trade in biomethane certificates. Such trade accounts for less than 10% of total biomethane production, but this share is gradually increasing. Denmark, Sweden and Germany are key players. The European Register of Renewable Gases (ERGaR) has been established and a single guarantee of origin (GoO) scheme for biomethane is being developed.

Source: Market state and trends in renewable and low-carbon gases in Europe. A Gas for Climate report. December 2020.