Plant residues have a significant potential of lignocellulosic biomass for the production of second-generation bioethanol. This renewable gas is obtained from non-food cellulosic raw materials, such as wood, grass energy crops, straw, corn, etc.

Renewable Energy Directive 2018/2001/EU of 11 December 2018 on the promotion of the use of energy from renewable sources (RED II Directive) sets binding targets for 2030:

As we know, renewable energy in transport includes liquid biofuels, biogas, electricity from RES, as well as renewable liquid and gaseous fuels of non-biological origin.
According to the RED II Directive, the contribution of first-generation biofuels (ie produced from food crops) to the share of final energy consumption in the transport sector for a particular country may not exceed the percentage achieved in 2020 plus 1%, but not more than 7%.

The mandatory share of improved biofuels and biogas produced from straw, husks, corn cobs, other non-food lignocellulosic raw materials, forestry waste and residues, food industry waste, biomass fraction of industrial waste, animal manure and other raw materials (mentioned in Annex IX of EU Directive 2018/2001) have to be at least 0.2% in 2022, 1% in 2025 and 3.5% in 2030. It should be noted that modern biofuels from these raw materials can be considered twice their energy content in contribution to the minimum particles.

Ukraine, as a member of the Energy Community, must implement the requirements of the RED II Directive and also commit itself to the use of second-generation biofuels in transport. On June 30, 2020, the Verkhovna Rada of Ukraine in the first reading adopted the Draft Law on Amendments to Certain Legislative Acts of Ukraine on the Mandatory Use of Liquid Biofuels (Biocomponents) in the transport sector. This document defines the mandatory content of liquid biofuels (biocomponents) in all volumes of gasoline at least 5% (volume), with an absolute error of ± 0.5% from May 1, 2022.

Bioethanol is used as the most common biocomponent for gasoline. According to the State Statistics Service of Ukraine, in 2020 1.8 million tons of motor gasoline were used. If gasoline consumption remains commensurate, then in order to meet the requirement of 5% (volume) of biocomponents in 2022 in Ukraine will need to use about 122 million liters of bioethanol. According to the Ministry of Agrarian Policy, the volume of bioethanol production in 2018 amounted to only 22.6 thousand tons.

Ukraine will need to start production of second-generation bioethanol, which has already begun to be produced commercially in the world. In this case, the main raw material (if we consider available resources) can be post-harvest residues: straw, by-products of corn and sunflower. In the future, energy crops can also be involved.

Interestingly, only a small number of companies producing ethanol from cellulosic materials were successful in the world at the end of 2020. The launch of bioethanol from lignocellulosic raw materials has recently been carried out mainly in the USA, Brazil, the EU, and China. 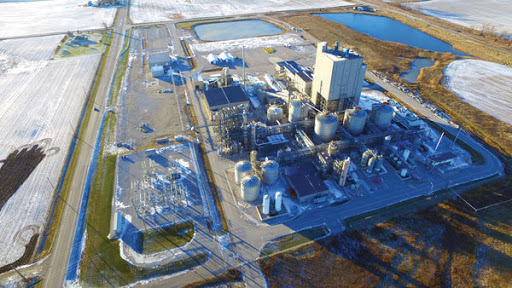 In Brazil, sugar cane extraction (bagasse) is the main raw material for the production of cellulosic bioethanol. It is expected that in 2020 178 thousand tons of this biomass will be used to produce 32 million liters. Due to operational/mechanical difficulties, such bioethanol plants have not yet reached full capacity.

In China, Longlive Bio-technology Co. Ltd opened production of cellulosic bioethanol with a capacity of 60 thousand tons/year in Shandong in 2012.

In 2020, according to USDA estimates, the EU produced 25 million liters of cellulosic bioethanol. The Beta Renewables plant, one of the world’s largest pulp bioethanol plants, officially opened in Crescentino, Italy, in 2013, but was closed in 2017 due to the restructuring of the chemical company Mossi & Ghisolfi. The plant had an annual capacity of 40,000 tons of bioethanol produced from wheat straw, rice straw, and giant reed (Arundo donax). In November 2018, the plant was acquired by the chemical subsidiary Eni Versalis. The new operator planned to launch the plant in 2020. 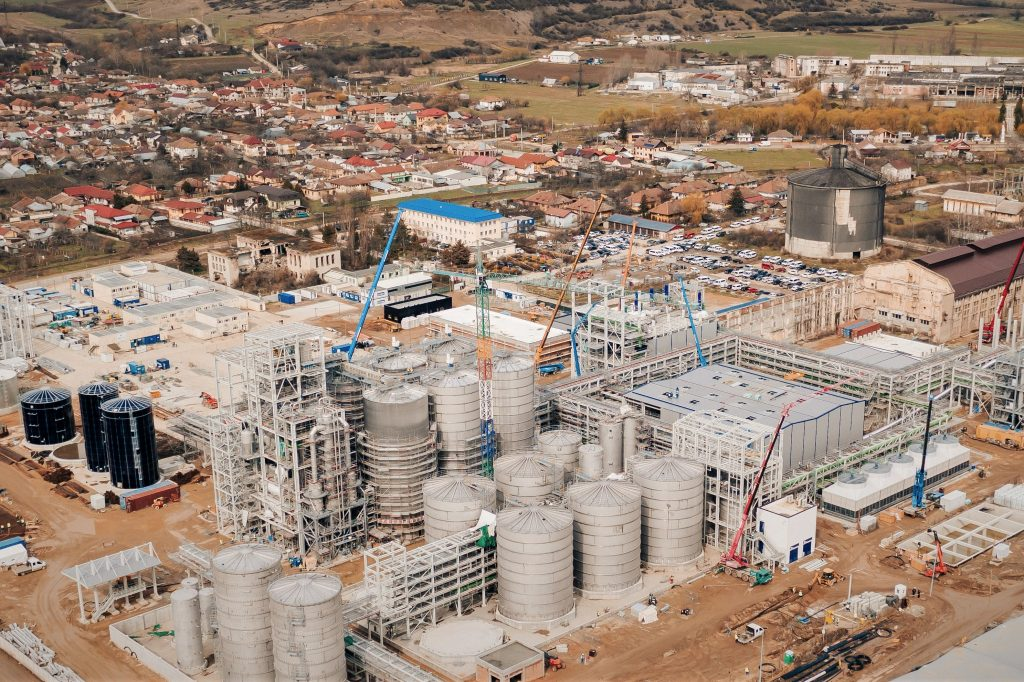 In 2021, the Swiss company Clariant will complete the construction of a cellulosic ethanol plant in southwestern Romania. One of the innovative solutions developed by the company is sunliquid® technology. It creates added value by processing agricultural residues, including cereal straw, corn, rice straw, or bagasse from sugar cane, into cellulosic bioethanol. The sunliquid® plant in Romania will produce 50,000 tons of cellulosic ethanol by converting 250,000 tons of local wheat straw. As a result, more than 400 permanent jobs will be created. In addition, projects for the production of cellulosic bioethanol that using Clariant technology are also planned to be implemented in Slovakia, Poland, and Bulgaria.