Development of the European Biomethane Market

In 2018, 3 more countries joined the list of biomethane producers in Europe, namely Belgium (1 plant), Estonia (2 plants) and Ireland (1 plant). This brought the total number of European biomethane-producing countries to 18.

By the end of 2018, there were 610 active biomethane-producing plants in Europe, of which as many as 70 were new plants. 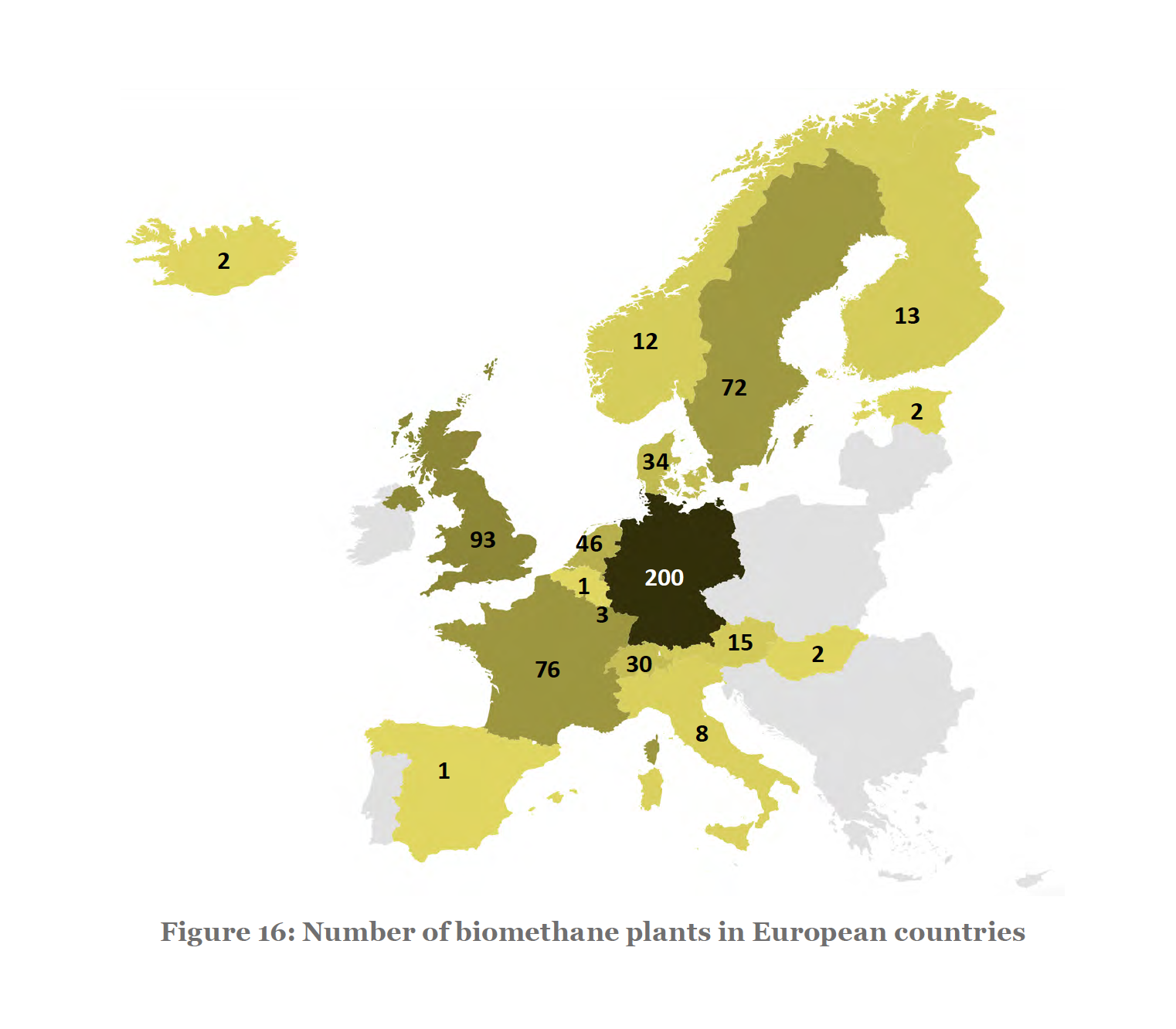 Germany, having suffered something of a dry spell in 2017, returned to growth in 2018 (+5 plants), reaching the 200-plant milestone and reportedly giving the green light to 13 further biomethane plants. As shown on the map in Figure 16, the United Kingdom comes a distant second, with 93 plants. With the highest growth rate in Europe, France (+32 plants, totalling 76) overtook Sweden (72 plants) to take third place on the podium. 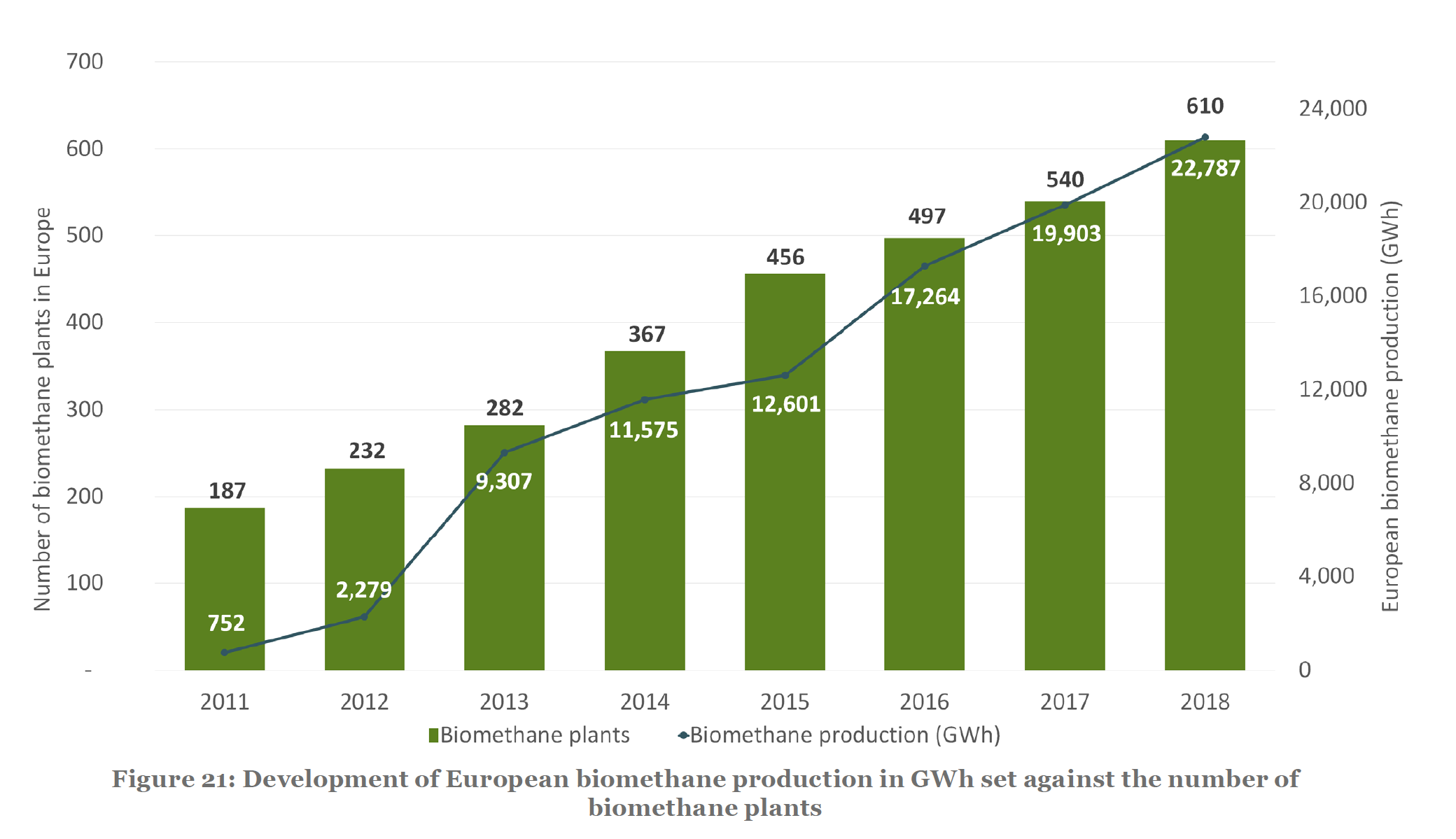 Types of feedstock for biomethane production

Types of feedstock for biomethane production are very heterogenous. Generally speaking, the biomethane sector is less reliant on energy crops than the biogas sector. Aside from agricultural substrates, it can be seen that biomethane production makes full use of sustainable feedstocks, processing municipal, organic, industrial or household wastes. 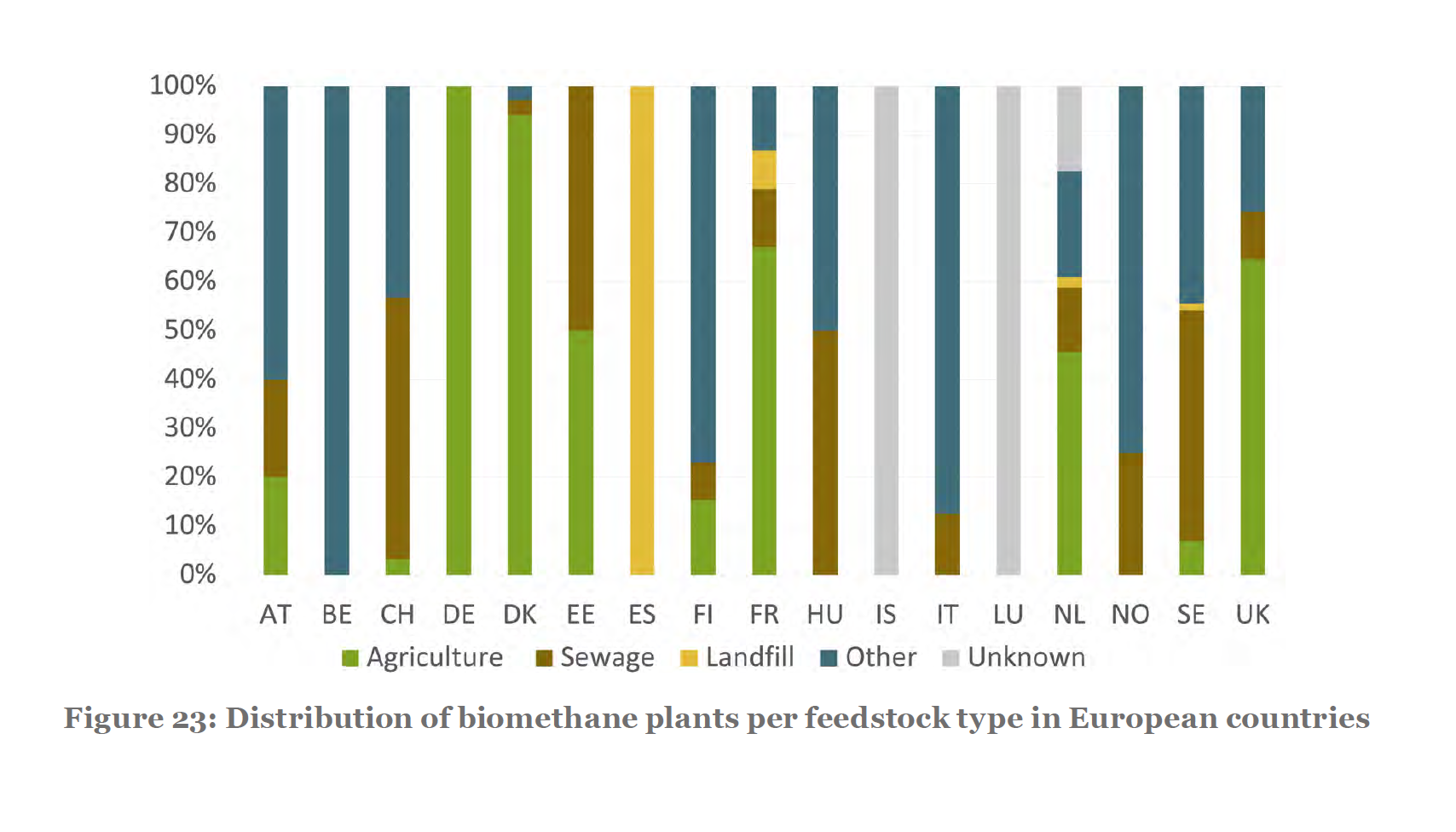 The upgrading of biogas to gas-grade biomethane in Europe is carried out predominantly by water scrubbing (29%), membrane separation (24%) and chemical absorption (21%), which together account for about three quarters of the European market. The remaining quarter is shared between pressure swing adsorption (14%), physical absorption (4%), cryogenic separation (1%) and unassigned upgrading technologies (7%).